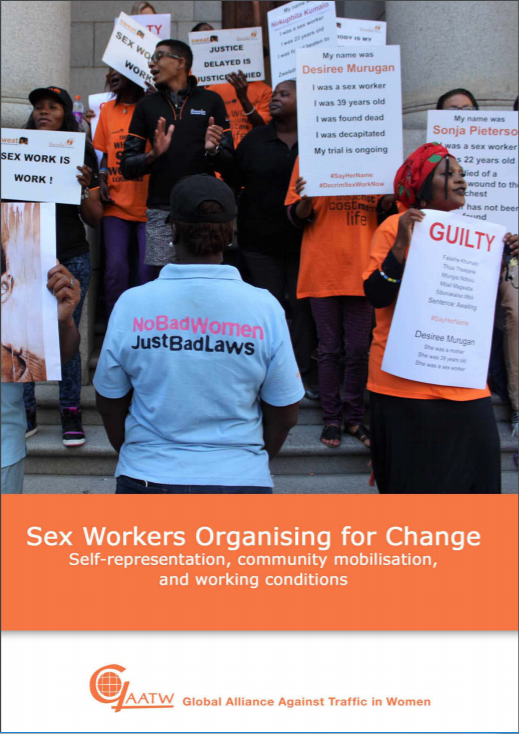 The report details the ways in which sex worker rights organisations are creatively responding to violence, exploitation and other abuses within the sex industry, including instances of human trafficking. The report is based on research conducted with sex worker organisations in seven countries: Canada, Mexico, Spain, South Africa, India, Thailand and New Zealand.

Ultimately, the report demonstrates that sex worker rights organisations are human rights organisations whose primary mandate is to ensure that the human, economic, social, political, and labour rights of the people they work with are recognised and respected by state and non-state actors. It includes country-level and global conclusions and recommendations for policy makers.

You can download the full 306-page report in English above, and summary reports are available on the GAATW website in English, Spanish and Marathi.