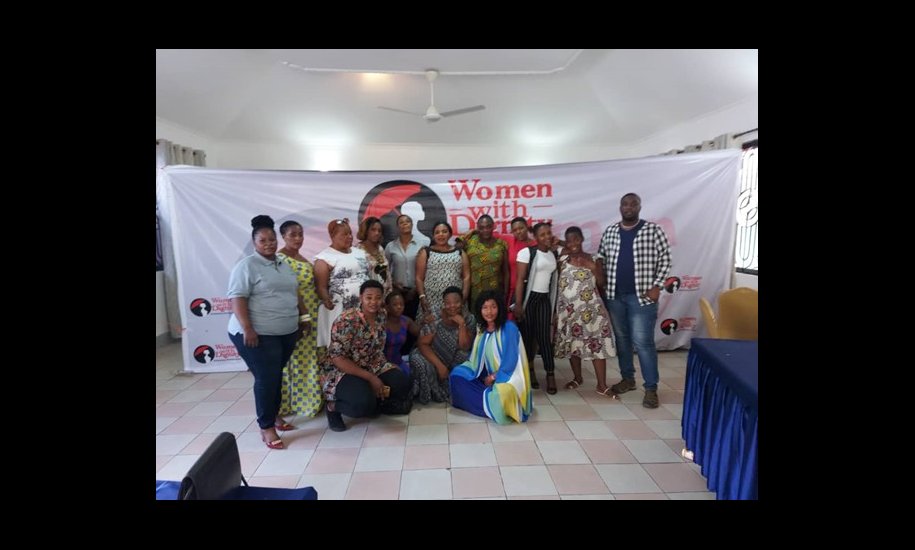 Women With Dignity advocate for the rights of sex workers in Tanzania through capacity building and mentoring. They believe the collective voice of the sex worker community is key to liberating sex workers from all form of oppression and discrimination.

Women With Dignity is a national network of sex workers in Tanzania that works with female, male, and trans sex workers, migrant sex workers, and sex workers who use drugs. Network members come from the community and it is led by the sex worker community itself.

To create an enabling environment for sex workers to access justice and protect them against human rights violations and reduce their vulnerability to HIV.

In 2013 the African Sex Workers Alliance (ASWA) invited sex workers from Tanzania to attend the Sex Work Academy Africa. The program focussed on capacity building and movement building in the sex worker community with the aim of making one voice to address issue affecting sex workers. After the academy Tanzanian sex workers returned home with the common agenda of having a platform that would generalise and put different sex worker groups and organisation together, hence the network emerged. At that time it was called TASWA, but TASWA changed to Women With Dignity because TASWA stood for the Tanzania Sex Workers Alliance and we didn’t get recognition due to the name and our legal context. In 2017 we officially registered as Women With Dignity WWD-TANZANIA.

Women With Dignity operate along the Tanzania mainland and in the border areas Tunduma, Nakonde, Mtukula Uganda and Tanzania border.

Tanzanian law criminalises sex work practice and it is punishable by law. Despite this fact, the practice has been documented in Tanzania, especially in Dar-es-Salaam which is the economic capital of the country. It is estimated that female sex workers (FSW) are more likely to be living with HIV compared to women in the general population . In Tanzania, however, data on HIV prevalence among sex workers is scarce. Few studies have been done to estimate the magnitude of HIV in this population. A survey conducted in Dar es Salaam in 2010 reported HIV prevalence among sexual workers to be 31.4% compared to the prevalence of 10.4% in the general population.

The sex worker community continues to be a more vulnerable group due to the legal environment in the country due to the fact that they are not able to access health and legal services and are victims of police harassment.

Women With Dignity’s priority is advocating for an environment were all sex workers can access and afford services of health and justice. With this fact, the network mainly focuses on capacity and movement building of its members, and other emerging groups of sex workers, to advocate for change and amplify their voices. We also support research and documentation of various matters hindering sex workers to generate an evidence base to hold the government to account. Lastly, we do advocacy at national level,  and coordination at national, regional and international levels.

The Network does not provide services directly other than legal support to sex workers who are in custody; we offer free legal aid of a lawyer to represent sex workers before the court.

Through members there are various services that are offered to sex workers like HIV testing and counselling, outreach work, nutrition support to sex workers living with HIV, condom distribution and health awareness education as well as outreach services. 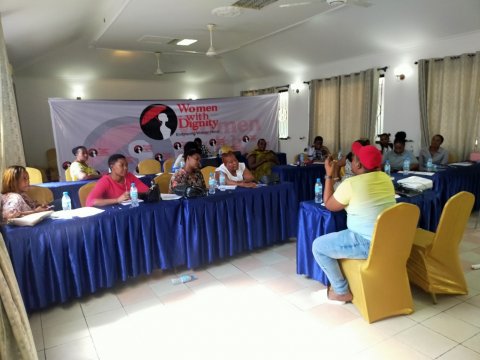 Due to the hostile environment that the network is working with we don’t do political work but we do align with national campaigns that relate to health. We compliment the government initiatives like mass campaign of self-testing to our community members, advanced family planning etc.

The shortage of resource is a challenge that the network might face in the future as the more we grow the more the needs and demands will also grow. An example of this is that this year the COVID-19 pandemic affected much the organisation’s plans and operations. Also because the network is expanding, members need more capacity and the resources available are not enough to cover this.