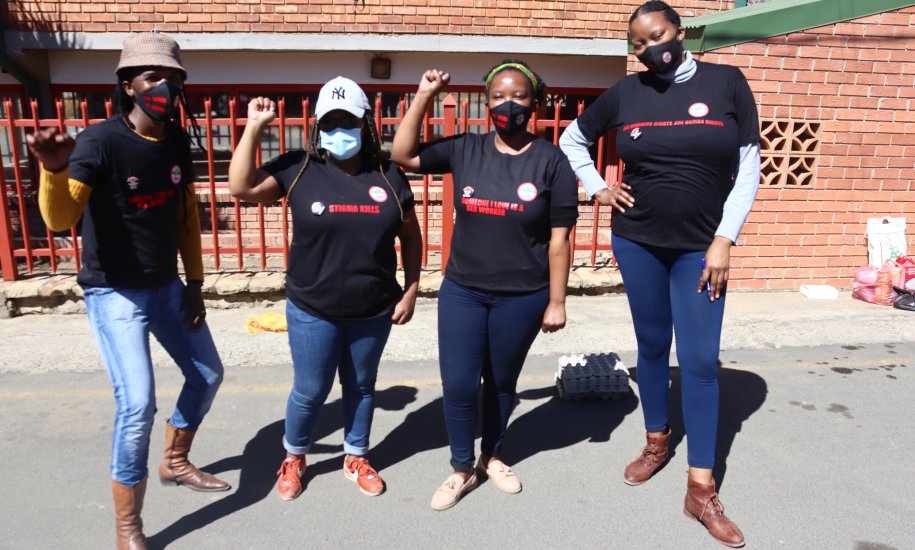 Key Affected Populations Alliance of Lesotho (KAPAL) advocate for the human rights and health rights of sex workers in Lesotho. They aim to build a sustainable movement that fights for legalisation of sex work while also advocating for the rights of key populations – sex workers and LGBTQI groups – through advocacy, capacity building and empowerment.

Key Affected Populations Alliance of Lesotho (KAPAL) is the first and the only sex worker organisation legally registered in Lesotho. The organisation is sex worker-led and that means 80% of decision-makers are current and former sex workers. The key objectives of the organisation include sensitisation of communities, government institutes and ministries, relevant stakeholders and gatekeepers; advocacy for legalisation of sex work and inclusion of sex work in the labour statutes; fighting stigma and discrimination against sex workers; fighting violence against sex workers; advocating for the human rights and health rights of sex workers; and providing support to and assisting sex workers and particularly those who have fallen victim of abuse, violence and discrimination on the basis of their work.

Mission Statement: To build a sustainable movement that fights for legalisation of sex work while also advocating for the rights of key populations – sex workers and LGBTQI groups – through advocacy, capacity building and empowerment.

Vision: To become the leading organisation in fighting for inclusive rights of key populations and marginalised groups while also creating conducive environment for their equal access of health services and social services.

The organisation was established in 2016 after a group of sex workers voiced their weariness over attending different meetings and workshops from different organisations which claim that they fight for the rights of sex workers while they were not engaging them in research, strategic planning, implementation and evaluation of programs which are supposed to benefit them as sex workers. Through a network of African Sex workers Alliance (ASWA) members at the HIV workshop in South-Africa, four of them had a chance to attend a one week 2016 Sex Workers Academy training in Kenya, supported by ASWA. They came back inspired and motivated by different sex workers organisation they encountered on their trip and during the training.

There was a consultation process with experts in law, governance, health etc. as a way to establish the unique movement that is led by sex workers and that represents the interests and the views of sex workers. The idea was to utilise the current and existing diverse skills within the then founding members and offer free counselling sessions, HIV and AIDS education, HIV testing, referrals and paralegal services to the sex worker community.

As sex workers around the world face stigma and discrimination; KAPAL aims to use sex workers to provide services to the fellow sex workers. This conducive environment created by this initiative has already yielded fruitful results as more and more sex workers are beginning to open up and access the above-mentioned services. 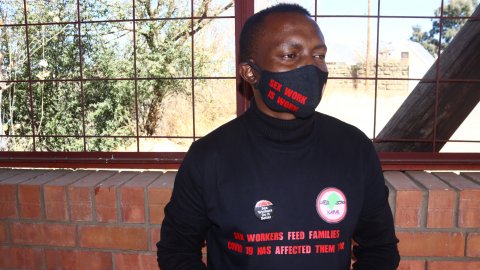 Currently the constitution of Lesotho is silent about sex work in Lesotho except for the Penal Code Act 2010, under section 55, that criminalises "prostitution". In short, there is no legislation that directly criminalises sex work. This means that it is neither legal nor illegal. However, the state through its police institutions arbitrarily arrest sex workers without any intention of trial due to lack of supporting laws. As a consequence, it makes it easier for clients, police and criminals to rape, abduct, harass, assault, traffic and violate sex workers.

Due to the absence of law and human rights protection mechanisms, sex workers work in harsh and poor conditions including cold nights, dirty streets and unsafe bars in an effort to evade arbitrary arrests and violations of their human rights. As a consequence, the above mentioned undesirable conditions make it easier for clients, criminals and members of the law enforcement agencies to rape and violate them.

With the continued stigma and discrimination, some sex workers are still struggling to access sexual and reproductive health services and HIV services freely. However, through different initiatives from relevant partners and stakeholders, sensitisation and capacity building programs targeted at health professionals are beginning to yield fruitful results.

Due to the fact that the majority of people in Lesotho believe in Christianity and cultural norms, morality is used as a stigma tool to violate the rights of sex workers. More often than not, sex workers are seen as carriers of HIV, the root cause of adultery, and pollution in the city as a few examples. Unfortunately society turns a blind eye to the fact that sex workers engage in sexual activities with clients and blame cannot be diverted to them alone.

We collaborate with different partners in cross-cutting issues involving the rights of sex workers. We support annual sex worker pride, gay pride, and other key activities raising awareness about the existence of key populations and the need for their equal protection and respect for their human rights.

We are currently planning a huge campaign which will raise awareness about police brutality and violence against sex workers, despite being breadwinners, taxpayers, and voters in the democratic country called Lesotho. 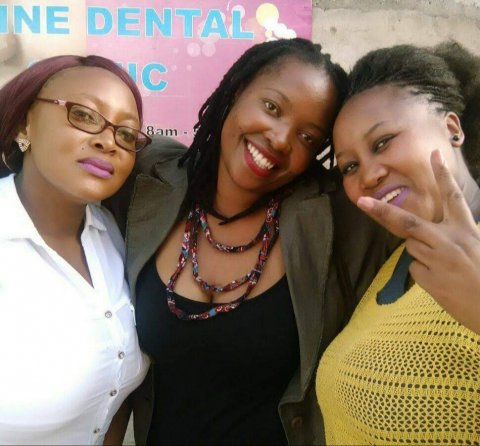 KAPAL is sex worker-led and that means 80% of decision-makers are current and former sex workers. Some sex workers are members of the board while some are part of the organisational structure. We also have some sex workers who are volunteers and particularly those who do peer outreach work.

On the 29th of August 2020 we donated food parcels to 12 sex workers and rent contributions to 12 sex workers. In addition we gave them masks, condoms, lubricants and HIV Self Tests. This was made possible by the small grant that we received from Frontline AIDS. We wanted to help as many as 2,000 sex workers around the country but unfortunately the grant was reduced to accommodate other sex worker organizations around the world, whose members were also affected by COVID-19.

We managed to do a small health talk session and through it we realised that some of the new sex workers are not aware of their human rights, free sexual and reproductive health services and HIV services. Furthermore, we discovered that some sex workers form part of the homeless population and to them their urgent basic need was shelter. Lastly, we realised that most funders dictate terms and conditions of the funding while on the contrary the sex workers feel that there is a need for every funder to first assess their needs and let them to select their own priorities as “nothing for sex workers without the input of sex workers”. 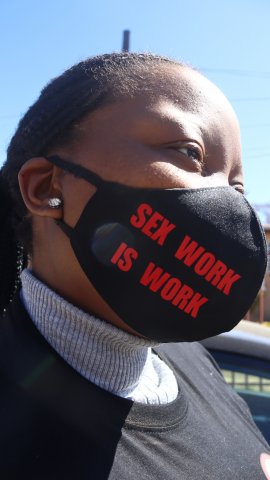 As the leading sex workers rights organisation, we have finally built a “Nothing for us without us” movement which was established by sex workers to meet the demands of and the interests of sex workers. Our ultimate hope is that we will overcome stigma and discrimination through our intensified implementation strategy. We need the voice of everyone as we engage in a dialogue of legalisation of sex work in Lesotho.

As for the people outside the movement, we need you to understand that violence against women starts the day we let men rape and violate sex workers and it will end the day governments realise that there is a need to legalise sex work as every man will learn to treat every woman with equal dignity or face jail.

As sex work involves transactional sex, most you are not even aware that you engage in sex work every day through receiving money or material gifts. Stigma and discrimination can end only if we all understand that we have someone that we love in the sex worker industry and that someone cannot open up to us because of the stigma and discrimination that we show to them.

It is sad to note that every election year sex workers vote for new governments or fresh mandates and policies, with the hope that their honourable job will be legalised. However, every new government forgets about them once they are in power and yet they will never reject their votes and taxes.

Lastly, let us all remember that sex work pays bills and it also sends kids to school. Moreover it pays offerings in church, government taxes, accommodation and the list is endless. Some of you are in business but you are not aware that the majority of your customers are sex workers. We must all respect sex workers and let us make it our duty to break the silence and speak publicly about the need to legalise sex work in Lesotho.