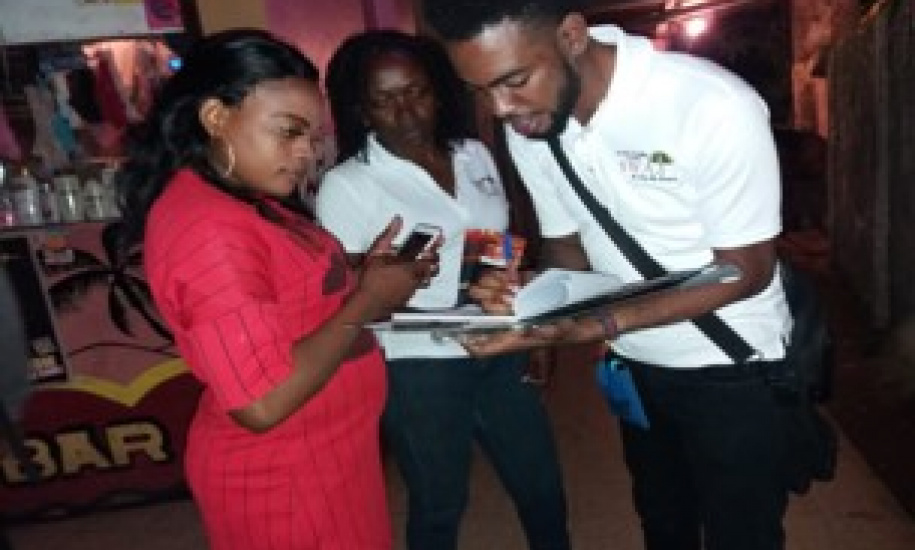 Jamaica SW Coalition (JSWC) works with female, male and transgender sex workers with a focus on human and workers’ rights, education and advocacy at all levels of Jamaican society.

It all began in 2007, when the late Dr. Robert Karr had a vision. This was for the empowerment of the marginalised groups in the Caribbean to be empowered to manage their own affairs.  The mandate for a sex work organisation was bestowed on the sex work community in Jamaica. Coupled with allies and sex workers from across the country, a meeting was held at the Shade’s Night Club in Ocho Rios.  This gave birth to the Sex Work Association of Jamaica (as it was initially known). The organisation’s main objective at the time was to address the gaps that existed within the national HIV response of Jamaica.

As the years passed and the organisation grew, it became imperative for a more comprehensive mandate. In 2011 the organisation’s board and membership met with an objective to redefine the organisation’s Structure and Mandate. With a new mission to advocate for and preserve the fundamental human and workers’ rights of sex workers in Jamaica whilst empowering sex workers. It was important that the community of sex workers and the organisation moved in accordance with one another. A Situational Analysis was conducted, and with the findings of this Analysis it was evident that the community required much more than was being provided by the national programmne (which other service providers subscribed to).

The Executive and Management of JSWC sat and developed a Strategic Plan that would be used by the organisation as a guide to address the issues and in seeking funding. The organisation made a decision that the services that JSWC would offer would be different from the ones that were already being given to the community. In 2012 JSWC created a training manual for Peer-to-Peer Education of sex workers on human rights and what laws are available to them in the context of Jamaica. The same year the manual was used to train Field Officers; these were sex workers who were selected from across Jamaica. They were then employed to work in the field. JSWC developed a partnership with Jamaica AIDS Support for Life, where the sex workers were referred to for stigma-free HIV and STI testing.

JSWC is seeking to reach its ideal of creating a Jamaica where sex work is work and the dignity of all sex workers is restored by the policies that a responsible government puts in place in keeping with the fundamental principles of human rights. JSWC began its National Rights Education Programme using the Peer- to-Peer methodology and the engagement of Law enforcement officers through rights literacy sessions.

JSWC is a National organisation that operates in all areas of Jamaica.

The laws of Jamaica prohibit elements of sex work, and therefore, sex work is conducted primarily in a clandestine way, operating away from the essential services; section 23 of the Sexual Offences act is one such law. Surveillance data on sex workers is not readily available and so the limited data available makes it difficult to understand and truly determine the size and other statistical information on the industry. SWAJ through funding from UNFPA and over the past two (2) years CVCC has been able to get a better understanding of the demographics and spread of sex workers which revealed that there is a large contingent of MSM involved in the trade that are spread across the island.. Sex Work is provided predominantly by women and most of the work takes place in the tourist areas but there is significant amounts of men involved in the trade who sell sex to male clients. 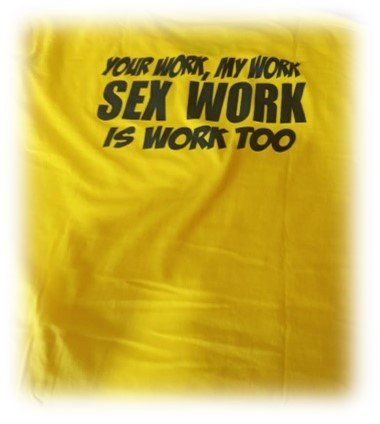 Jamaica SW Coalition is not carrying out any political work and or political campaigns at present. JSWC is however doing campaigning where there are slogans printed on shirts; posters were designed; and there is a forthcoming animation that will be used as a part of the organisation's ongoing advocacy campaign. It is the priority of the organisation to have the animation aired on National Television.

A huge activity that the organisation has been involved in is the training of Law Enforcement officers in Jamaica. JSWC engaged the police officers at a space that was mutual and away from their day-to-day work. It was also deliberate that the living arrangements were pre designed so that a sex worker and a police officer shared the same room. This was meant for the police officers and the sex workers to be able to have dialogues outside of the training sessions. There was initial resistance to the training from the officers as they had mistaken knowledge that clouded the way they engaged with sex workers. The sex workers present at the training, along with the facilitator, were patient with the officers and allowed space for them to share their own teaching and modus operandi, giving insight as to how the sessions should flow.  After the 2nd day of the workshop the officers’ thinking began shifting. At the end of the sessions there were officers offering to be liaison officers within their respective divisions.

The organisation foresee the following as challenges we will face in the future.

The accessibility to sustainable funding that is able to pay the staff meaningfully and maintain the current projects that the organisation has undertaken. Of major importance is the need for sustainability for the Safe House that is being used to offer safe space to trans women and female sex workers who are victims of gender based violence. The push for sex workers rights in the region is in need of financial support as the funding for these programmes are drying up. In Jamaica the funds that are available for work with sex workers are drying up quickly and the responses to HIV and sex work has been put on the back burner, creating a cause of concern that HIV positive numbers may surge once more. With a new global pandemic the dynamics of the work has changed and JSWC worries that the organisation might not be equipped to deal with these changes.

The empowerment of the community to be able to fight for their rights is of utmost importance to the continued struggles that the community has faced on a regular basis. Resources are needed so that the work on the ground can get the robust push that is needed to build the right momentum for the advocacy work to be effective. 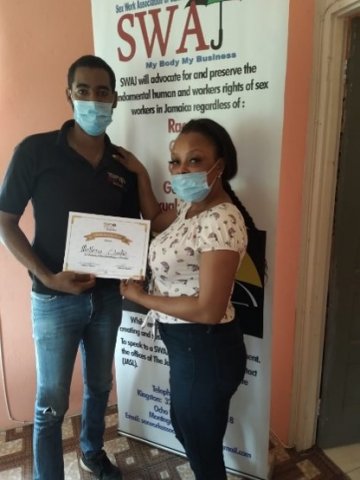 For people outside the sex work movement who are involved in the push for human rights for any group, it is imperative that you don’t do this fight alone. Together we can make our advocacy work stronger by supporting each other.

For the corporate community it is even more important for you to support the cause of the sex worker rights movement. It is important that work is available in a non-criminal way where sex workers could be meaningful supporters of your business.

Last but not least, to the leaders of our countries. Many of you have in the public arena made grand shows of signing on to pieces of international declarations and conventions where you pledge that you will ensure the best attainable lives for your people free from harmful laws and discriminatory policies. It is your duty to ensure that the fundamental rights of sex workers are recognised and upheld.