The Convention on the Elimination of All Forms of Discrimination Against Women (CEDAW) is one of the world’s major human rights treaties. The convention was created in 1979 by the Commission on the Status of Women (CSW), the principal global intergovernmental body exclusively dedicated to the promotion of gender equality and the empowerment of women. It is often described as “an international bill of rights for women”. CEDAW established a number of different obligations that States must comply with in order to combat discrimination against women. While people of all genders sell sex, the majority of sex workers are women and sex work is often regarded in international law and policy discourses as a ‘women’s rights issue’.

In 2018, NSWP and the International Women’s Rights Action Watch Asia Pacific (IWRAW-AP) collaborated to create two resources which focussed on CEDAW. Shadow Report Guidelines on CEDAW and Rights of Sex Workers aims to provide guidance to nongovernmental organisations engaging with the CEDAW review process and providing alternative information to the CEDAW Committee on the theme of rights of sex workers. Framework on Rights of Sex Workers and CEDAW is intended to be a tool to inform the rights discourse on sex work in the context of CEDAW.

NSWP then created a Smart Guide that aims to provide NSWP members with increased understanding of CEDAW and its potential for use in advocacy work.

Why is CEDAW important for the sex workers’ rights movement?

Cis- and trans-gender women sex workers deserve the protections offered by CEDAW and are as entitled as any other group of women to the rights enshrined in the treaty. Sex work, and the rights of women sex workers as a group, are not specifically addressed in CEDAW. Article 6 of the Convention is, however, often discussed in debates about sex work. Article 6 states: “State Parties shall take all appropriate measures, including legislation, to suppress all forms of traffic in women and exploitation of prostitution of women.”

The vagueness of the language used in Article 6 of CEDAW and the potential for the Convention to be used to advance fundamental feminist and abolitionist groups’ perspectives on sex work means it is essential for sex workers and sex workers’ rights activists to engage with the Convention and shape the CEDAW Committee’s recommendations on sex work.

Not only can sex workers’ rights activists challenge the harmful interpretations of Article 6 that are proposed by fundamentalist feminists and abolitionist groups but they can also play an active role in claiming CEDAW as a human rights treaty that protects women sex workers rather than one that is used to support harmful policies and interventions. Activists can do this by documenting the human rights violations experienced by cis- and trans-gender women sex workers and explaining how these violate the obligations of states set out in CEDAW. 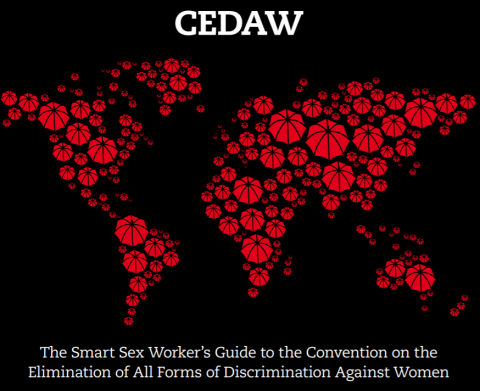 Framework on Rights of Sex Workers and CEDAW, NSWP & IWRAW-AP - 2018 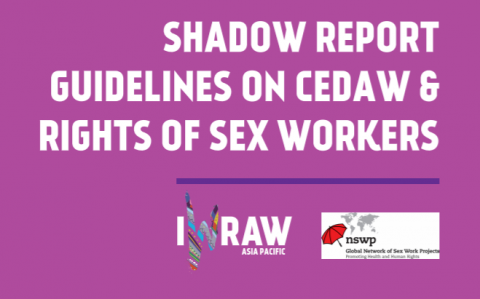 NSWP encourages and, when funds are available, provides support to sex worker-led organisations in engaging with the CEDAW review process at the UN with the submission of shadow reports. Shadow reports are written documents which provide the Committee with country-specific information on how the state is implementing (or failing to implement) the Convention. They are used to highlight areas where the State is failing in its obligations under the Convention and include recommendations for laws, policies and practices that need to be changed. Shadow reports prepared by sex worker-led organisations may detail the many ways in which the rights of women sex workers are infringed upon in their country, why this is in breach of CEDAW, and crucially, what must be done to address these rights violations.

Shadow reports must be submitted three weeks before the session at which they are to be considered. It is recommended that sex worker-led organisations submit their shadow reports for the review session itself rather than the pre-session working group.

Prior to 2017, reports were submitted by members independently as they worked with the CEDAW committee.

CEDAW Shadow Report on the Status of Sex Workers in Bangladesh, 2016